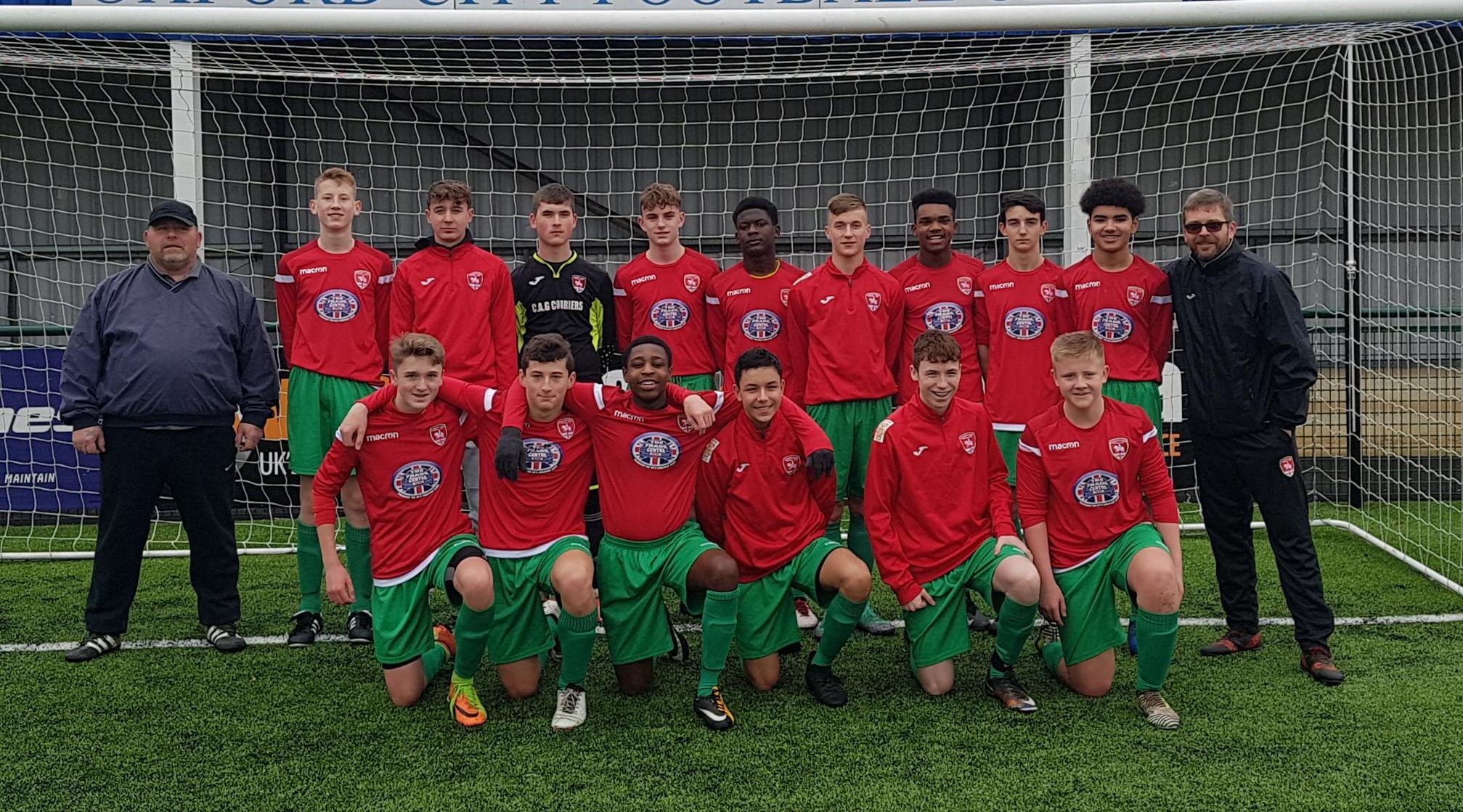 The Trade Centre UK has once again lent support to a local sports team in need by donating £510 to upgrade Coventry United FC’s home kits.

Since its expansion into Coventry a little under two years ago, the company behind Europe’s biggest used car showroom has donated a substantial amount to local community projects across the region. Coventry United FC is the latest recipient of the sponsorship money which will pay for new home kits.

When the Sky Blues club moved to Northampton in 2013, a group of football fans refused to let their city go without a local team. They wanted to create a new club to give supporters the opportunity to watch a team play in their city, and just like that, Coventry United FC was born.

Coventry United’s initial aim had been to gain three promotions within the first five years of its existence. Within just two years, the team had achieved their goal. However, like all community football teams, funding is limited, and available cash is stretched.

The Butts Park Arena based team are planning to use its sponsorship money to pay for new home strips, which bare the city’s colours of red and green. Coventry United FC is keen to keep these colours to represent the city and are looking forward to playing a new season in the new kits.

James Dunn, Coventry United FC team manager, said: “We’re really grateful for the support from Trade Centre UK, and are looking forward to our new kits arriving. The sponsorship money covers new kits with a little left over, so we’ll be able to lower the monthly sub costs for the whole team. This means the money will help all players, especially those experiencing financial difficulties, which is important to us.

“We strive for a sense of community at the club, and like to support home-grown talent, especially through our under 16’s team. We invite players regardless of their background to take part in the men’s and women’s teams, and without the sponsorship, we wouldn’t have this opportunity.

“The sponsorship money will help us to grow and retain some of the most talented young footballers in our squad this season, and so we couldn’t be more thankful.”

Andy Coulthurst, CEO of The Trade Centre UK, said: “As a community-focused business, we have always prioritised local causes, and continued this ethos when we expanded into Coventry. Coventry United FC may be a relatively new team, but this hasn’t stopped them achieving all they had planned. We’re proud to be working with this team and are looking forward to seeing what this ambitious group does next.”

If you are a local sports team looking for sponsorship in 2019, then we want to hear from you. Email marketing@thetradecentrewales.co.uk with your request and get in touch.