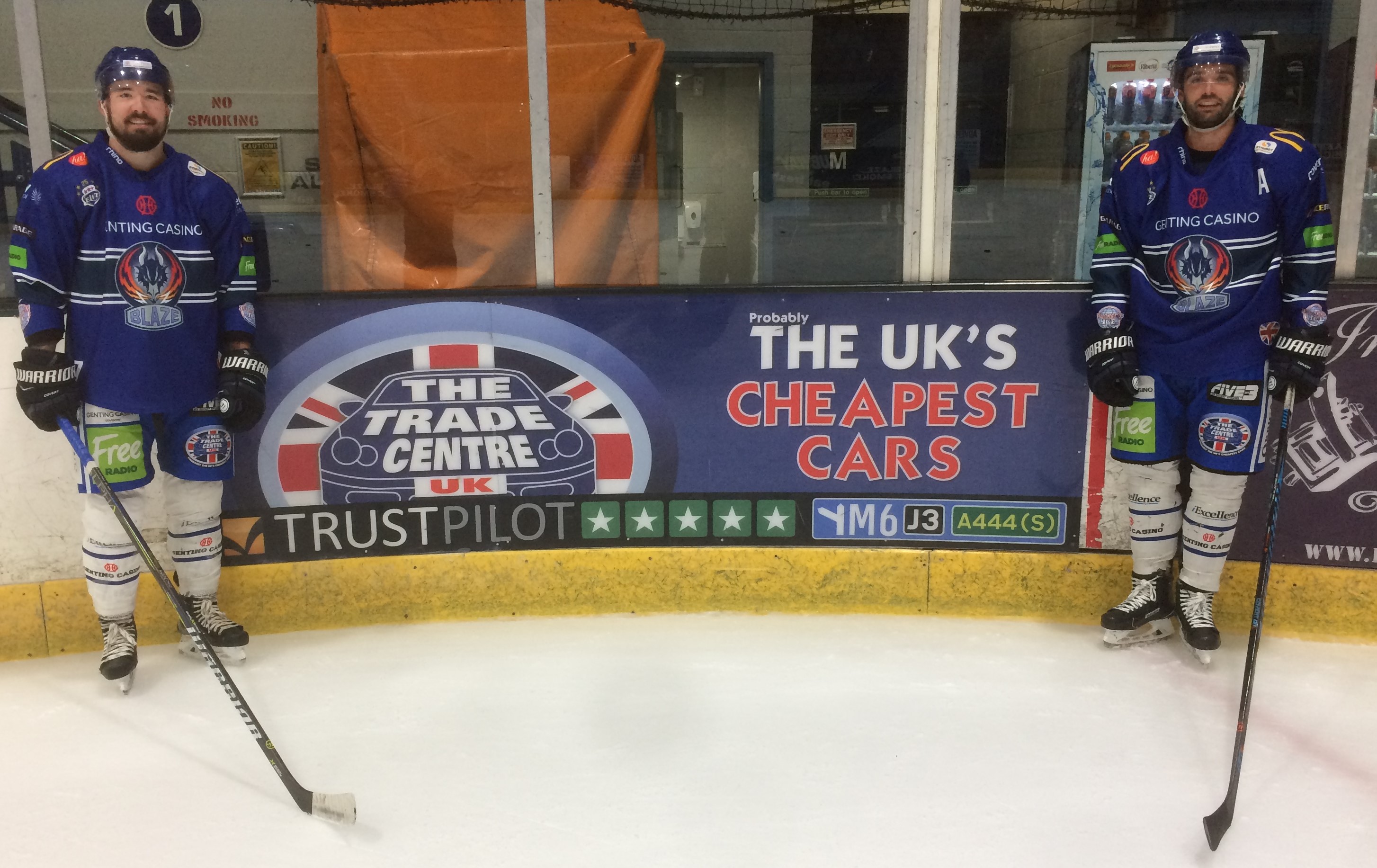 The Trade Centre UK has announced another year as one of the main sponsors for Coventry Blaze Ice Hockey, after Coventry was named European City of Sport for 2019.

The collaboration between the largest used car showroom in Europe and one of the UK’s most successful professional ice hockey clubs will include Trade Centre UK branding on team kits, an advertising board in the rink, and sponsorship of another hotly anticipated Coventry Blaze vs Cardiff Devils game during the forthcoming season.

Andy Buxton, Chairman at Coventry Blaze, said; “As our city enjoys 2019 as the UK’s European City of Sport, we’re thrilled to continue developing our sponsorship connection with such a well-established Coventry business. It’s partnerships like this that have helped put Coventry on the map for ice hockey, and we’re excited to play our part in showcasing all the wonderful sporting opportunities Coventry can offer during our tenure as the European City of Sport.

“The continued sponsorship for the forthcoming season makes a big difference to helping us to offer the best product we can, both on and off the ice. We also can’t wait to be partnering with Trade Centre UK for one of the Coventry vs Cardiff matches.  They are always some of the best games of the season, drawing huge crowds of sports fans.  No one will ever forget the final league game of last season which was the first game that Trade Centre UK sponsored at the Skydome.

“The sponsorship from Trade Centre UK shows how important a role a regional business can play in supporting sports development with local teams and we can’t thank them enough for their continued support.”

Andy Coulthurst, CEO of Trade Centre UK, said; “Sponsoring another Coventry Blaze – Cardiff Devils game means a lot to us as a company, as it brings together two of the regions in which we have some of our largest showrooms. The match will be the perfect opportunity to celebrate the connections between Cardiff and Coventry, and we’re thrilled to play such a significant role in bringing the game to the fans.

“We wish the Coventry Blaze team the very best of luck for the forthcoming season. We’re thrilled to be playing our part in supporting the European City of Sport, and look forward to developing and growing our relationships with sports teams in Coventry and the wider Midlands community.”