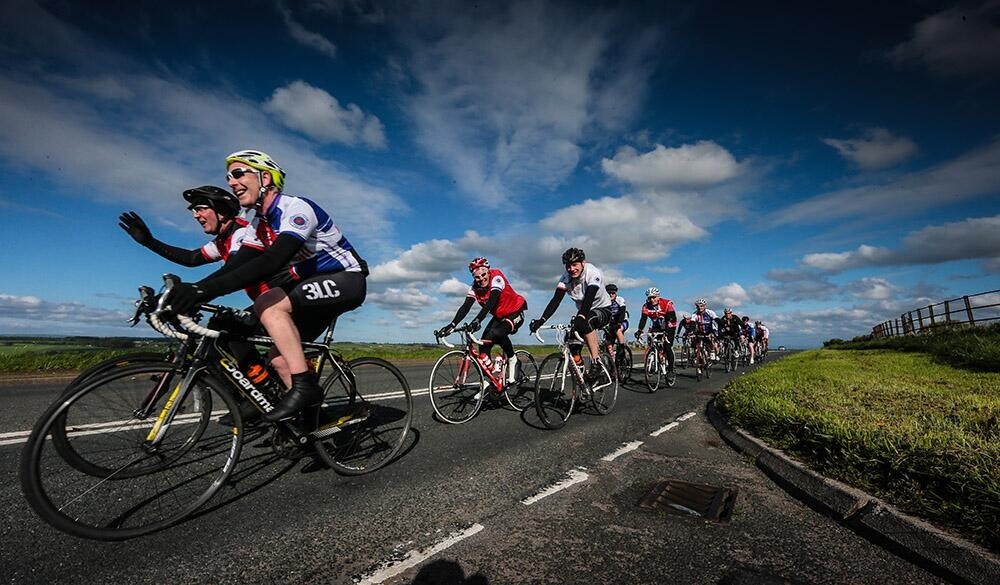 Trade Centre UK General Manager, Jim Bertram has signed up to take part in the ‘London2Manchester’cycle challenge and has received £500 in sponsorship from the used car dealer.

Jim will take on the 220-mile cycling race raising money for Ambitious About Autism.

Ambitious About Autism, a national charity supporting individuals and families, provides practical information and resources for individuals, parents, and professionals with autism. The charity relies heavily on donations from the public and organisations to continue its work across various communities, delivering educational projects and supporting individuals. The London2Manchester cycle race is an annual competition organised to raise money for the charity.

Starting in London at midnight on 31st August, and finishing Sunday 1st September, the gruelling race will see cyclists from all over the country cross through Leicester, over the Pennines, and arrive into the picturesque Adlington Hall in Cheshire.

The 52-year-old has taken part in sports-based challenges previously to fundraise for charity, and as a close friend’s son has autism and struggles with communication, Jim chose to raise as much as he could for Ambitious About Autism.

Ambitious About Autism will use the money to support the specialist education and support offered to autistic children and young people, and their families.

“An event full of highs and lows”

Jim Bertram, Trade Centre Wednesbury General Manager, said; “I love to challenge myself with charity sporting events, and the London2Manchester cycle ride was the ideal opportunity for me to not only improve my fitness, but to raise money for a great cause. I’ve taken part in events like this for a good few years now, but this is my first one for Ambitious About Autism. A close friend’s son was diagnosed with autism and the charity have been really supportive, so I’m glad I can do my bit and fundraise as much as I can.

“Work have been really supportive of me, sharing my JustGiving page with the wider team, and Trade Centre Group have even sponsored me £500! I was originally hoping I’d get around £750 overall, and with the donation from work I’ve already surpassed my expectations. The sponsorship from Trade Centre UK has been amazing, and I’m now hoping I can raise £2,000 in total thanks to this extra boost.

“The work Ambitious About Autism do in the community is so important, and I’m really proud to be racing on their behalf in August.”

Andy Coulthurst, CEO of Trade Centre UK said; “We are so proud of Jim and his determination to take part in such an important and impressive test – the 24 hour cycle won’t be easy, but we know Jim will rise to the challenge. We hope Jim’s efforts will inspire others to take part in charity events, and are always excited to hear about plans and aspirations our employees have to raise money for charity.

“We wouldn’t be where we are today without the commitment of our staff, so we like to do what we can to show them how appreciative we are for all their hard work. We wish Jim the very best of luck, and look forward to celebrating his success as a team when he gets back”